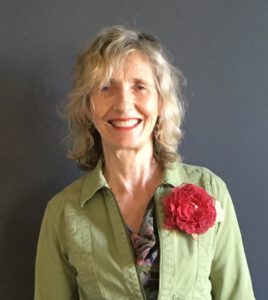 I didn’t set out to be a writer. Neither of my parents and none of their friends were writers. The only careers on offer to a baby boomer woman raised in a conservative family were nurse or teacher. I hated the idea of giving people needles, but enjoyed bossing my dolls around as a little kid, so I chose the latter.

In my early 20s, I spent four years as a Junior High Social Studies and Language Arts teacher in St. Albert, Alberta, Canada. I enjoyed the students and the creative aspects of the job, including writing my own curricula, but it gradually dawned on me that I’d spent most of my life in fluorescent-lit rooms with bells clanging at regular intervals.

I needed an adventure, badly, and so I left the security of four institution-green walls for the less travelled road of freelance life.

After experimenting with a number of different jobs, from running a daycare, to editing a newsletter, to working for environmental and human rights nonprofits, I found my way into a writing career. A friend and I had proposed Harriet’s Magic Hats, a children’s TV series about women in nontraditional careers (fitting, given my upbringing), to ACCESS Network in Edmonton, Alberta, and it got accepted. I ended up writing the scripts, discovered that I had a talent for writing, and got hired to pen other programs. How lucky is that?

It took a while before I had the guts to call myself a writer, but eventually I did.

In the ensuing 30 years working as a freelance writer and editor, I wrote documentaries, dramas, animation scripts, reports, studies, and print collateral for a variety of government, corporate, and educational clients.

I have also been a writing instructor at the Vancouver Film School and Langara College Continuing Studies Department, and have developed a number of different creative writing and journal-writing classes aimed at a range of audiences.

In addition, throughout my career, producers and funding agencies have commissioned me to review thousands of television and feature film scripts in every genre, and I was Story Editor for the fifth season of the CBC/Disney co-production, Danger Bay.

But the toughest assignment of all was one I gave myself. In 2004, my younger brother, Steve, died by suicide. Wanting to bring meaning to this devastating loss, I wrote a book, Did You Know I Would Miss You? and have just released its second edition.

Did You Know I Would Miss You? began as a series of letters and journal entries. This excerpt was from a letter written to Steve two months after his death:

“I’ve been thinking about you a lot lately, especially given my idea to write a book about suicide and bereavement, which would inevitably feature you quite strongly. In fact, you would be front and centre. You were never one to grab the spotlight, at least not in the presence of family. And yet, old friends of yours have described you as “wild.” You were a character of note in their lives – someone whose antics would be broadcast far and wide. It seems to me that that guy – the guy you were when you were most relaxed and free – would not object to being instrumental in helping others heal from losing someone to suicide. I think I can safely say that you would like that very much.”

Writing Did You Know I Would Miss You? was a way of getting to know my brother in a whole new way. It helped me transcend the grimness of his last moments and it brought him to life for me. That’s the miracle of writing.

I’m currently cobbling together a mess of notes, reflections, and embarrassing disclosures into a memoir about my lifelong search for romantic love – the love for which there is no “cure,” inspired by Leonard Cohen’s song, There Ain’t No Cure for Love.

I am also inspired by Arthur Miller, who has said, “The best work that anyone ever writes is the work that is on the verge of embarrassing [her] – always.”

If that’s the main criterion, I am well on my way!

In this brave and necessary work, Donaleen Saul stares straight into the pain of losing a loved one to suicide. Equal parts memoir and self-help journal guidebook, the story is compelling and the writing prompts are sensitive and artful, gently guiding the reader/writer through the layers and complexities of this very particular grief. For all the broken-hearted who ask themselves the unanswerable questions, Did You Know I Would Miss You? brims with compassion, wisdom, hope and eventual healing. END_OF_DOCUMENT_TOKEN_TO_BE_REPLACED

Sign up for my monthly newsletter and get your free copy of “12 Writerly Ways to Get Unstuck!”